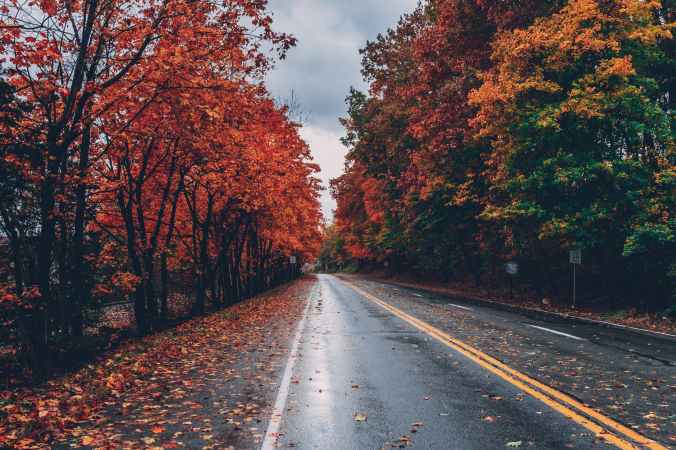 Photo by Craig Adderley on Pexels.com

It’s fall! … but it doesn’t feel like it for me, sadly. I live in Hawaii, which in retrospect is amazing and I know I’m unbelievably lucky to be here. Still, I do miss the temperature getting below 70 degrees and being able to wear sweaters and scarves without getting funny looks (because yes, I do still try to get away with it).

But it’s still fall in my brain, so by golly I’m gonna do this tag.

Crisp Fall Air – a book that felt fresh and new

It took me way too long to come up with a single book that this applied to, which I suppose is a good thing! This means I’ve read lots of unique, amazing books so far this year. There were many contenders, but the title I decided on was Bird Box by Josh Malerman. This was such a great read and gave me hope that the thriller genre isn’t dead yet. It’s been such a struggle for me to connect with this genre lately, which is a shame because I love thrillers! They’ve just become so bland and predictable lately, and Bird Box breathed life into me again. Read my full review here. 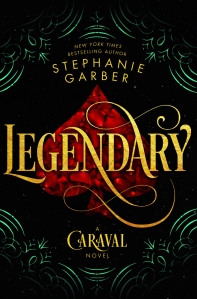 Howling Winds – an ending that blew you away

This one was also a close call, between Legendary and An Absolutely Remarkable Thing; and Legendary wins over by just a fraction. The whole book was a wild ride, and the reader was always thinking: Who is Legend? I loved the big reveal, but that cliffhanger was rough. Tella became a new favorite character and I found that I enjoyed this installment even more than I loved Caraval, the first book. Read my full review here. 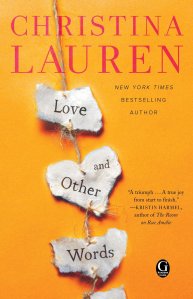 Comfy Sweaters – a book that gave you the warm fuzzies

So Love and Other Words may be a strange choice because this broke my heart, but it was also undeniably sweet. There’s nothing quite like a childhood love blossoming into adulthood, but this one had angst and tragedy as well. I felt about every emotion on the spectrum during this read, but ultimately, my heart grew and felt warm in the end.

Bright Colors – a cover with either red, orange or yellow

I chose the first book I came across that applied and ended up with Vicious, a read from October. This book was positively villainous and I can’t wait to read Vengeance soon!

There was no question what book I would choose for this: Kingdom of Ash by Sarah J Maas. This final installment in the Throne of Glass series was chock-full of action and battle sequences that forced me to keep reading long into the night. Seriously, I stayed up until 4 am to finish this. It was worth it. Read my full review here.

Pumpkin Spice – your most anticipated read

This was another obvious one for me; Leigh Bardugo is at the top of my list of auto-buy authors, and Nikolai is my sweet little cinnamon roll. Of course King of Scars is my most anticipated read. I could not be more excited for Nikolai’s spin-off books and I’m ready to just eat this up.

Thank you for joining me today! If you’re reading this, consider yourself tagged!

There are going to be major spoilers in this post so if you haven’t finished Kingdom of Ash yet, leave for your own good. GOODBYE NOW.

Can I first just say holy crap???? Like, what a journey, am I right? This series has been a favorite of mine since the very beginning, and I’ve been following Throne of Glass since practically the beginning. It’s been a wild ride, and I have always said that each book gets better than the last one. Sarah J Maas ups the stakes somehow, or introduces new, awesome information.

Say what you will about Maas, but she can write one detailed high fantasy, which can’t be said for many established fantasy authors out there. I know that Maas is criticized almost constantly, but I have to say that I think she’s an incredibly talented writer. She had to have done a ridiculous amount of research in writing this series, and it shows. She can write a great romance, but have you read any of her battle scenes?

So do I think she gets a bad rep for no reason? Kind of. I understand some of the complaints that people have, I do. But if you don’t like her books, then don’t read them. But I’ve seen so many people talking crap about her books, who haven’t liked her from the beginning yet keep reading them? I mean, to each their own I suppose, but typically if I didn’t like the first book of a series, I just quit and leave it at that. These people need to get a life.

*I* don’t even like all of her books. I’m not a huge fan of her ACOTAR series. I’ve always been partial to Throne of Glass, but I can at least acknowledge the huge fan-base that ACOTAR has and recognize that she must be doing something right.

Anyway, this wasn’t supposed to be a Maas defense post, this is a review of Kingdom of Ash.

I’ll start with the bad: Maas apparently has a problem with killing of her characters. Not to say that I’m mad or anything, because of course I’m thrilled that all of my favorites lived; but I also know that it’s not realistic. I definitely expected someone important to die in this book, and I’m almost disappointed that no one did. It seems like the last crucial character she killed off was Nehemia, and that was ages ago.

I gotta reiterate: I ain’t mad. I’m so happy that all my characters ended up happy in the end. But also not? Like isn’t it so convenient that everyone ended up paired off and married by the end? I can’t say I’m mad about that either because yay love! Yay marriage! Yay for my ships that ended up together! But also, not realistic.

If Maas hadn’t killed off Manon’s Thirteen, I probably would have been a little more peeved by all of this, but that scene was heart wrenching. I admit that when Manon and the Thirteen were first introduced, I wasn’t the biggest fan. I was still obsessing about how amazing Aelin’s character was becoming and how hot Rowan was.

However, by this last book, I was definitely on board with the Thirteen, particularly Asterin, and I ship Manon and Dorian forever.

Maas has written some of the most interesting, fleshed out characters in all of YA fantasy, and I am going to miss them with my whole heart. When Aelin said her goodbyes to Dorian and Chaol, I thought my heart was going to fall out of my chest. Such an iconic trio, there from the beginning! It’s the end of an era! Literally kill me!

Was the book maybe a bit too long? Um, yeah. Come on, Sarah, are you trying to kill me? Yet this was the perfect conclusion to an awesome series, and I can’t say I would have changed a thing.